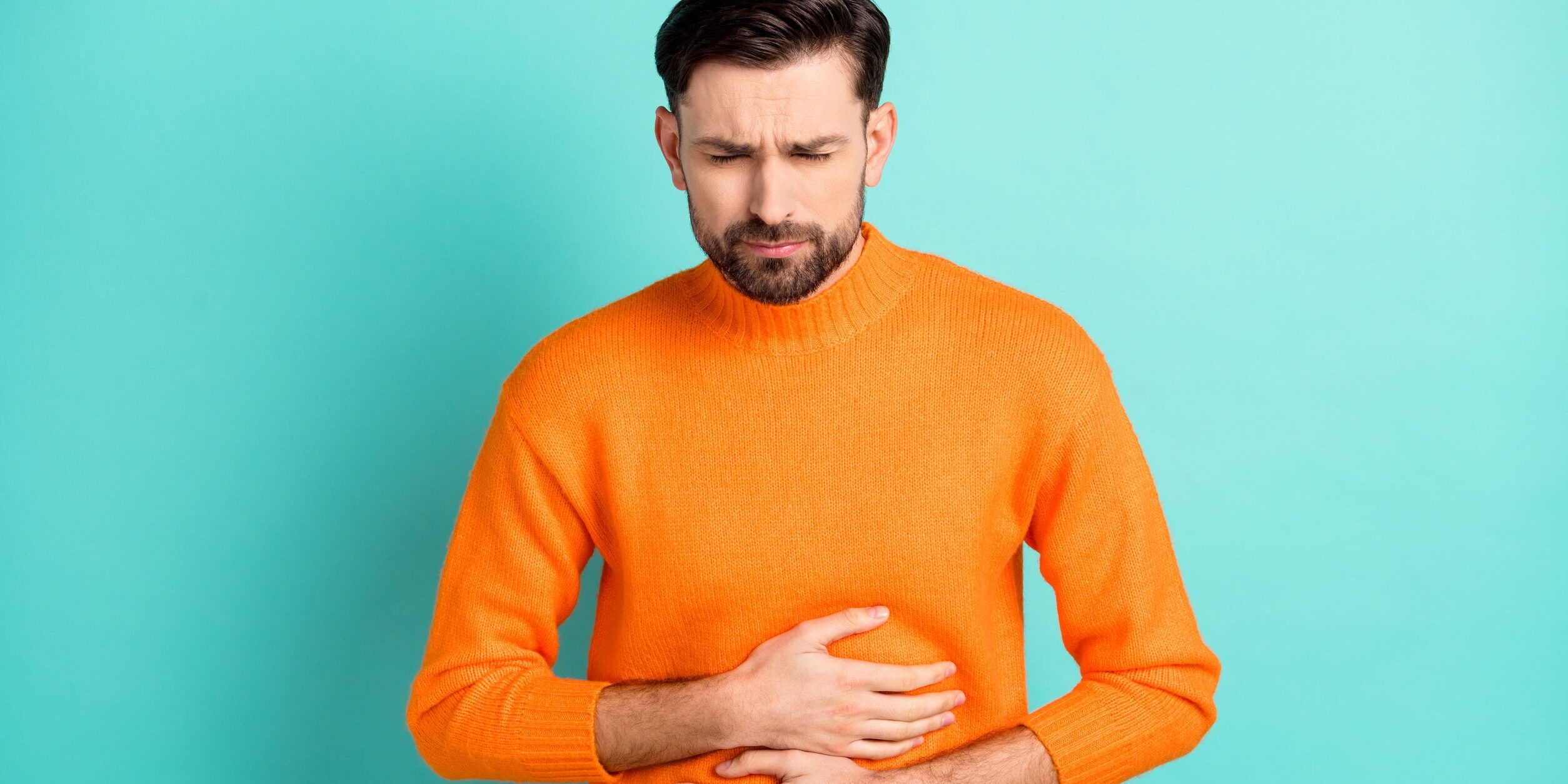 SIBO Symptoms, Testing, Diet;  And Its Connection To IBS

What Is SIBO?  What are the symptoms of SIBO? Are SIBO and IBS related?  Is there a SIBO test? What about a SIBO diet?   And most importantly, what can you do to feel better?

Small intestinal bacterial overgrowth (SIBO) occurs when too many gut bacteria are in the wrong place in the digestive tract. We need gut bacteria to live. They are vital to maintaining health. But, they cause problems if they aren’t where they are supposed to be.

The most common symptom of SIBO is bloating. When someone has SIBO, the bacteria ferment the sugars/carbohydrates a person eats and produce gas. This results in the person feeling bloated. Think of a jar of sauerkraut, fermented cabbage. When you first open the jar, air escapes and may make a noise from the pressure build-up. A similar process happens in a person’s gut during SIBO.

Symptoms differ from person to person: bloating is the most common symptom.

Keep in mind that symptoms of other medical conditions mimic SIBO symptoms. SIBO can also occur at the same time as other conditions.

To keep bacteria counts at a healthy low level in the small intestine, your body must have:

Related Article-Click Leaky Gut: Which Diet Helps The Most?

These conditions are associated with SIBO

These conditions increase the risk that SIBO is present

A hydrogen breath test is most commonly used to diagnose SIBO

When people mention a SIBO test* they are typically referring to a hydrogen breath test.  For a breath test, a person drinks a sugar-containing drink, and exhaled gases are measured. If there are too many bacteria, excess gases (hydrogen, methane, sulfur) will be produced and can be detected.

Breath testing is simple and non-invasive but it is not perfect (2). The accuracy of breath testing for SIBO is estimated to be about 65-70%. Because of this, some practitioners treat SIBO based on symptoms alone.

This Is also not ideal. As you can see from the list of SIBO symptoms, many are non-specific. This means they happen in many medical conditions. Because of this, it is important to work with a practitioner who is familiar with SIBO, aware of typical clinical clues as well as the use and limitations of breath tests.

*A direct sample can also be taken from the intestinal fluid to diagnose SIBO, but it is not routinely done.

People with celiac disease have an increased risk of SIBO.

Research has found a higher incidence of SIBO in celiac patients ( already on a gluten-free diet ) with ongoing symptoms.

There appears to be a higher incidence of SIBO in non-celiac gluten sensitivity (NCGS) patients, but no studies are connecting the two yet. The science is that the arena is rapidly evolving.

Most cases of gluten sensitivity are due to FODMAP intolerance, which is treated with a low FODMAP diet. The low FODMAP diet helps IBS. IBS is connected to SIBO. Hence the connection is emerging, just not yet in a research paper.

A person with IBS typically has symptoms such as bloating, cramping, abdominal pain, diarrhea, and/ or constipation.

There is no definitive test for IBS, so diagnosis is based on symptoms and history. Until we have a better understanding of IBS, there will be a debate on its cause and treatment.

Some studies say that 50-70% of people with IBS may have SIBO and that by treating the SIBO, IBS symptoms resolve.

So, are some cases of IBS actually SIBO?   Many studies showed improvement or resolution of IBS symptoms if the IBS patients were diagnosed with and treated for SIBO. A  review paper addressed the use of Rifaxamin, an antibiotic used to treat SIBO as a treatment for IBS patients. Another study in children found that 66% of children diagnosed with IBS had SIBO. Treating the SIBO resolved the IBS symptoms. This correlation is still a subject of debate amongst the medical community.

The underlying cause of the SIBO must be addressed first

Treatment will not be effective if the underlying cause is not addressed. For example, if SIBO is due to celiac disease it will never get better without first adhering to a strict gluten-free diet. After treating the underlying cause, the subsequent therapy will depend on a traditional or integrative approach.

Antibiotics are the mainstay of therapy and are often used in conjunction with motility agents to prevent the “build-up” of bacteria by moving things through the intestinal tract.

In severe cases, elemental diets are used. These are liquid diets in which all of the nutrients are broken down and don’t require digestion. The nutrients are absorbed so quickly that the bacteria don’t have time to act on them and produce symptoms. This is done for a short duration to effectively “starve” the bacteria.

Integrative and holistic physicians approach SIBO from many angles

Many different diets are used to manage SIBO.

Which diet is used depends on the clinical scenario and the practitioner.

Most of the diets have the same goal of reducing sugars that the bacteria would consume.

Related Article-Click Here: What Diet Is Best For SIBO?

The long-term outcome varies, but recurrence is common.

If you think you have SIBO