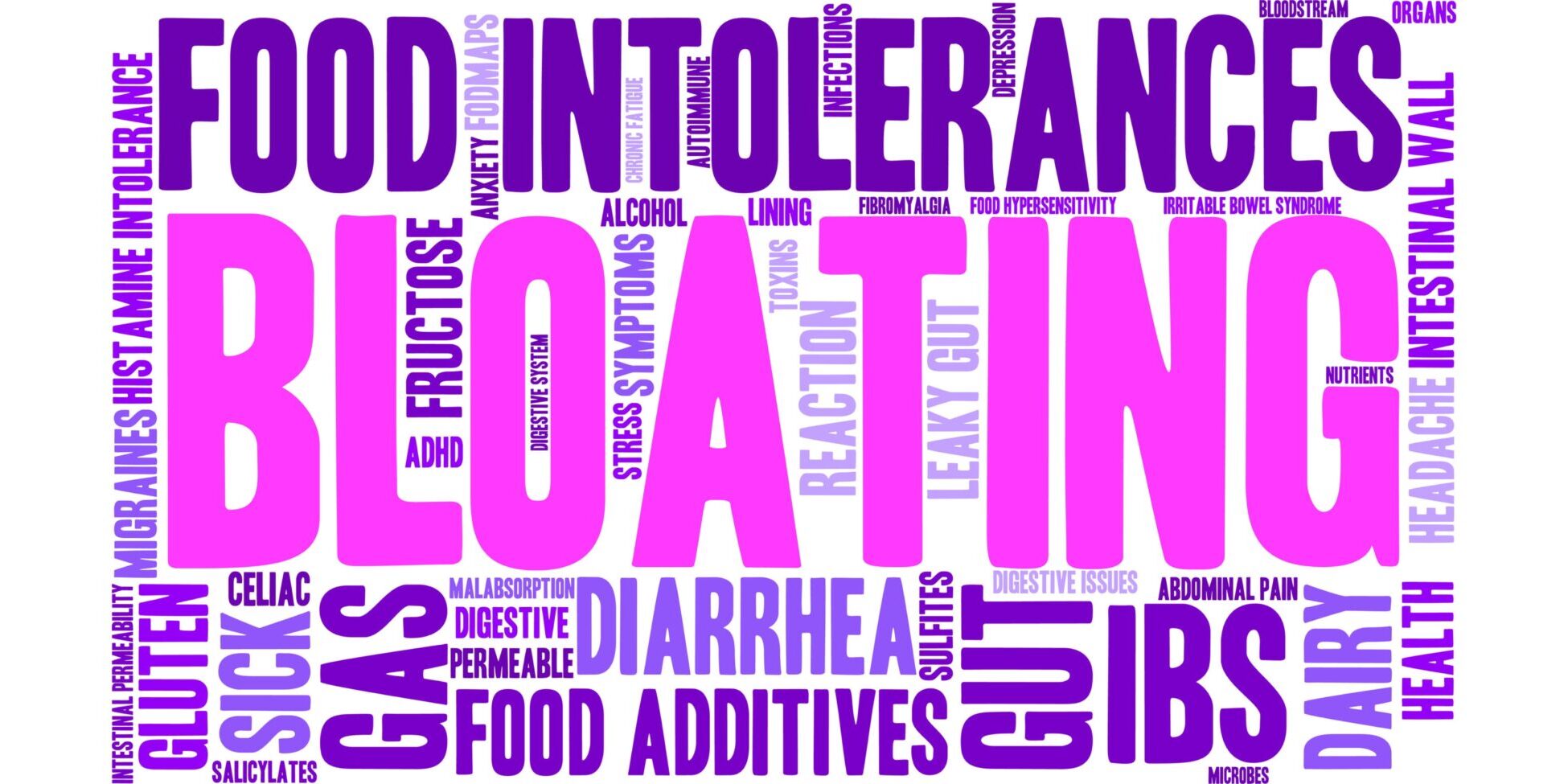 Celiac Disease vs. Gluten Sensitivity
The differences are more than you realize
A 2023 update

Celiac disease symptoms and gluten sensitivity symptoms can be exactly the same*. What is the difference between these two conditions if the symptoms are similar?

The gluten-free diet is still everywhere. Awareness of the term “gluten-free” has increased, but understanding the difference between gluten sensitivity and celiac disease is lagging.  As we all live online more and more, the influence of the internet plays a more important role.  Confusion and misinformation about celiac disease and non-celiac gluten sensitivity are still widespread.

Health care providers have the opportunity to correct misperceptions and identify patients with these common and underdiagnosed conditions.  Providers need to respond to patient questions with accurate information and a well-informed diagnostic plan.

I have many patients in my practice with celiac disease (CD) or non-celiac gluten sensitivity (GS). The disparity in diagnosis and treatment from other providers is astounding. There is confusion on countless fronts. Celiac symptoms are often missed. Misinformation stems, in part, from internet lore and well-meaning friends. These are variables that are difficult to control.

However, I also see many people whose providers have given them misinformation, or no information, about CD and GS. This has to change. Because there is little training on celiac disease and gluten sensitivity in medical schools, little information is relayed to patients. Providers and patients must self educate on the topics. I hope this article helps in that process.

*dermatitis herpetiformis is a rash that is only associated with celiac disease, not gluten sensitivity.

Starting a gluten-free diet to “see if it helps” without first testing for celiac disease is detrimental to patients and their families.

I hope that by reading this article, the medical community, patients and the general public will understand:

CD is an autoimmune, genetic, lifelong condition that can present at any age. It causes damage to the villi of the intestinal mucosa because of an abnormal immune reaction to gluten. Gluten is a protein found in wheat, barley, and rye. With continued ingestion of gluten, a person with CD develops malabsorption and subsequent complications.

Long-term complications of celiac disease include (but are not exclusive to): anemia, vitamin deficiencies, heart disease, osteoporosis, infertility, and neurologic symptoms. Celiac disease is a multi-organ system disorder that can affect the thyroid, liver, heart, and reproductive organs and the musculoskeletal system and brain. The risk of long-term complications decreases with adherence to a gluten-free diet.

Celiac disease symptoms are not what you may think. The presenting symptoms ( primary symptoms at diagnosis) of celiac disease have changed dramatically over the last decade.

This disease is a chameleon and celiac disease symptoms vary from person to person. Once thought to be a “wasting” disease, we now know that 40% of  CD patients are overweight or obese at diagnosis. Another common misconception is that gastrointestinal symptoms are required to initiate a diagnostic evaluation. However, gastrointestinal symptoms only occur in 30–40% of celiac patients at diagnosis. Their absence should not preclude an assessment.

One or more of these may qualify as the presenting symptom. I want to reemphasize that only 30-40%  of patients actually have GI symptoms at diagnosis. For example, I have frequently seen newly diagnosed celiac patients with only anxiety or only joint pain. They have no other symptoms – emphasis on no other symptoms. These were their “gluten-reaction” symptoms.

Also changed is the belief that CD is found primarily in Northern European Caucasians. The ethnic boundaries of CD are now blurred, as the disease appears to be equally common in other ethnic groups.

Three factors must be present to have active celiac disease

Patients must be consuming gluten for CD to be active.

Not all triggers are known, but identified triggers include early/repeated infections, pregnancy, and GI infections, antibiotic use at an early age.

Someone must be eating gluten for tests to be accurate.

Basic screening for celiac disease includes a serum TTG IgA and total serum IgA. Total serum IgA needs to be done to rule out IgA deficiency which occurs in about 10% of celiac patients. If IgA deficiency is present, the TTG IgG must be used but is less accurate. Further testing may be needed in those situations.

Some labs include a DGP-IGA and EMA in their celiac screen/panel or do these tests as a reflex. The confirmatory test is an endoscopic biopsy. The biopsy is indicated if tests are positive and are required for diagnosis.

Of note, many celiac centers and practitioners follow a more extensive evaluation process involving screening antibodies, genetic testing, clinical response to a gluten-free diet, and endoscopy. These protocols and other testing algorithms are beyond the scope of this article.

Currently, the only treatment for CD is a strict, lifelong gluten-free diet—100% of the time

Current over-the-counter digestive enzymes marketed for digesting gluten are not appropriate for people with CD.

Some of the most promising pharmaceuticals under investigation are aimed at decreasing the symptoms that occur from cross-contamination, such as when dining out. They will not be a cure, but their development will be helpful in addressing the social and psychological issues surrounding CD. The social aspect of celiac disease is not commonly discussed in the medical community. Amongst patients, however, it comes second to their symptoms in overall concern regarding the disease.

The use of nanoparticle technology is currently being evaluated as a treatment for celiac disease. Early results are promising.

If a proper evaluation for celiac disease is negative, but someone gets ill from eating gluten, they are called “gluten sensitive.”

If someone has been properly evaluated and ruled out for CD but gets symptoms when eating gluten, they are given the diagnosis of ‘Non-celiac gluten sensitivity.”

GS pathophysiology is a rapidly evolving area of knowledge with many unknowns. The sensitivity does not appear to be autoimmune in nature.  It is unknown if there is a genetic component or an environmental trigger.

There is no validated test to diagnose GS. Some online labs offer blood, saliva, or stool tests for gluten sensitivity, but they are invalidated and not recommended.

It is impossible to develop a test when the mechanism of gluten sensitivity has not been determined. Diagnosis is made by ruling out CD and wheat allergy while the patient is on a gluten-containing diet. Once both are ruled out, a gluten elimination diet is prescribed. If symptoms improve, the patient is deemed to have gluten sensitivity. Using a response to initiation of a gluten-free diet as a prognostic indicator will give inaccurate results, as both celiac and GS can have similar responses to a gluten-free diet.

At this point, a gluten-free diet may not be the starting point for gluten sensitivity patients

Many cases of GS are due to FODMAP intolerance. Once an evaluation is done to assure no other conditions are responsible for symptoms, a low FODMAP diet may be indicated. Referral to a dietitian familiar with the Low FODMAP diet is recommended.

Once studies clarify what gluten sensitivity truly is, more targeted and individualized therapies will be developed. It is not clear how strict the gluten-free diet needs to be or what the long-term complications are. These are both areas currently under investigation.

The blood tests and biopsy used to test for CD require a patient to be eating gluten to obtain accurate results.

If a patient is started on a gluten-free diet without evaluating celiac disease, it becomes challenging to appropriately diagnose celiac disease. Patients who experience clinical improvement on a gluten-free diet will rarely restart a gluten-containing diet to get an appropriate diagnosis. They finally feel well, and returning to being sick is just not an option. The importance of testing cannot be overemphasized. Consider these factors:

We don’t know about GS. It is wrong to subject someone to a lifelong, strict gluten-free diet if they don’t need it. The social and psychological implications can be vast.

A gluten-free diet may not treat those with GS. They may require a low FODMAP diet. This difference in utilizing the proper diet can be life-changing to some patients.

If you miss a CD diagnosis, you may also miss or delay diagnosis in their child, sibling, or parent.

CD has long-term risks and complications.

These parameters may be different for GS. We simply don’t know yet. Appropriate diagnosis is necessary for proper follow-up care of celiac patients and those with gluten sensitivity.

Insurance reimbursement can be more challenging without a diagnosis.

You and your patients are more likely to get insurance reimbursement for a diagnosis of CD that would otherwise be missed if never tested for.

To obtain ADA accommodations, students need documentation stating they have a diagnosis of CD or food allergies. At this time, GS does not appear to be covered under the ADA.

According to current estimates, only 17% of American patients with celiac disease are actually diagnosed.

Summary of the difference between celiac disease and gluten sensitivity