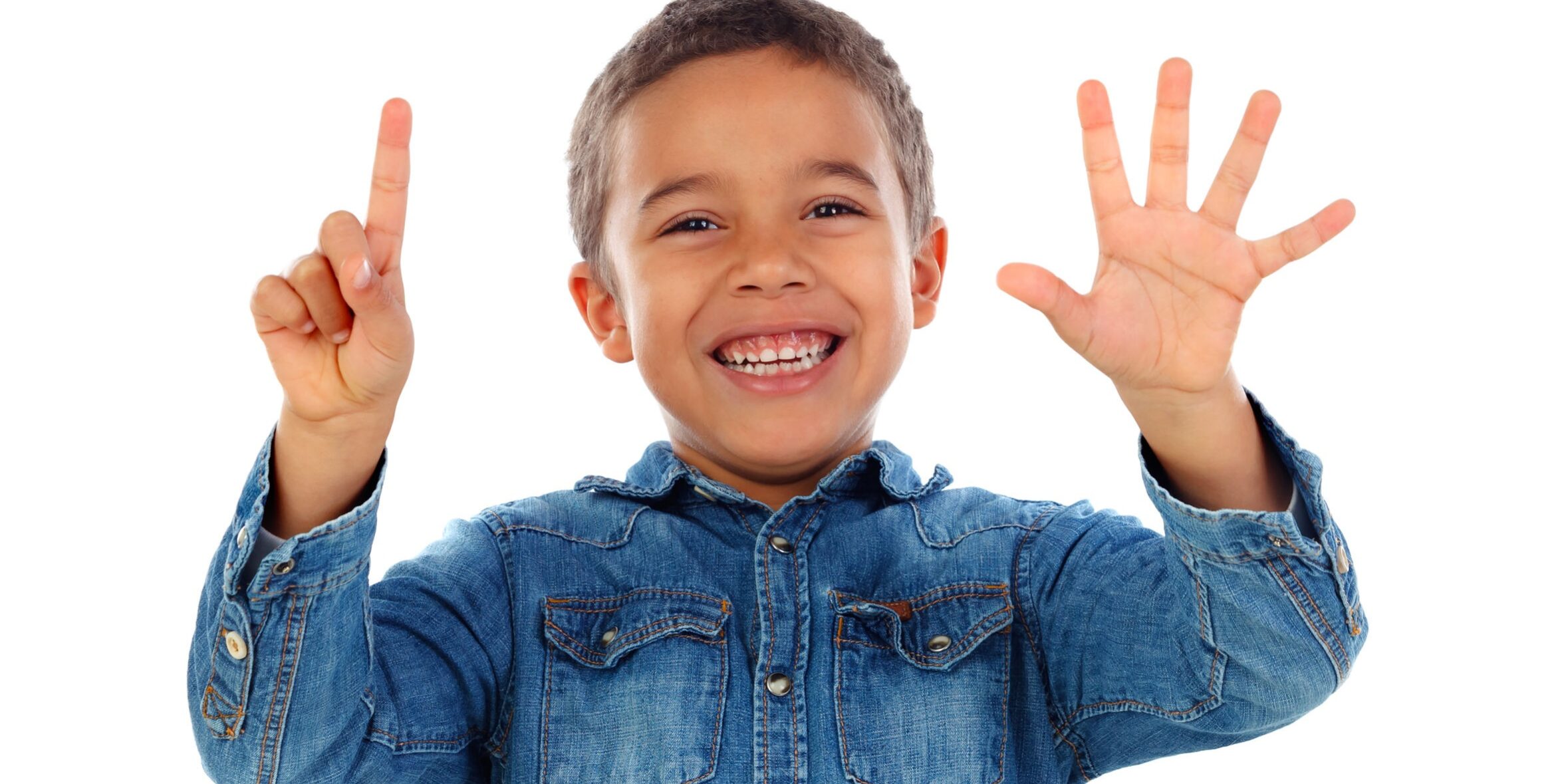 WHY do you need a celiac disease test?

WHY not just start a gluten-free diet?

WHY test if you are going to follow the diet anyway?

WHY does it matter?

Here are six important reasons to get a celiac disease test before putting yourself or your child on a gluten-free diet.

I cannot stress enough the importance of testing for celiac disease. The test is simple and inexpensive. The cost of not testing is much greater.

1. You Actually Have Celiac Disease

Celiac disease and gluten sensitivity have the same symptoms

More than 80% of people with celiac disease do not know they have it. That carries long-term health risks.

There is still a lot to be understood about gluten sensitivity.  What is known is that it is not the same mechanism as celiac disease. Non-celiac gluten sensitivity is an umbrella term for several different conditions such as FODMAP intolerance, ATI intolerance,. In these other situations, people are reacting to other parts of the wheat., not the gluten component.

The celiac tests don’t diagnose gluten sensitivity, and the intestinal biopsy* doesn’t show it. They are not the same disease. The diagnostic process is different, and the treatments are almost always different.

*The biopsy is a confirmation test for celiac disease. It is only done if the blood screening test is positive or there is a high suspicion of celiac disease for other reasons. The celiac disease test I am referring to in this article is a simple blood test.

Learn more here: The risks of undiagnosed celiac disease. What can happen?

2. You Have Gluten Sensitivity & May Need Different Treatment Than A GF Diet

Gluten sensitivity is a valid condition

Non-celiac gluten sensitivity (NCGS) is the medical term used to describe someone who doesn’t have celiac disease but gets sick from eating gluten. It is a real and valid condition.

There is currently no scientifically proven lab test to diagnose gluten sensitivity. It can only be diagnosed through an elimination diet. You must first test for celiac disease. If the results are negative, gluten is eliminated from the diet, including sources of cross-contamination. If a gluten-free diet resolves symptoms, the doctor may conclude you have non-celiac gluten sensitivity.

If you start with a strict gluten-free diet without testing, you are doing yourself a disservice. The long-term dietary implications may be similar or vastly different for celiac disease and gluten sensitivity.

Learn more here: What Is a low FODMAP diet? How is it related to gluten sensitivity?

3. You Love Your Family. If You Have Celiac Disease, They Might Too!

It is recommended that all first-degree relatives (siblings, children, parents) of anyone diagnosed with celiac disease should be screened for celiac disease. Even if they don’t have any symptoms. Symptomatic second-degree relatives (aunts, uncles, cousins, nieces, and nephews) should also be screened. Many health care providers are not aware of the need to test family members. If you are diagnosed with celiac disease and family testing is not recommended, take the initiative and ask for your family to be tested.

Children with celiac disease may have poor growth, behavior problems, headaches, or dozens of other possible symptoms. They may not have the classic celiac profile that leads most doctors to consider a celiac disease.

If you have a formal diagnosis of celiac disease yourself, it should prompt the pediatrician to test your child for celiac disease as a possible cause of your child’s symptoms. If the doctor doesn’t suggest testing, you can request it.

If you start yourself on a gluten-free diet without testing, celiac testing is not accurate. You will now be labeled “gluten-intolerant”.  Some people, including some physicians, consider gluten intolerance a fad. Your child’s doctor may be less inclined to test your family member or child if you do not have a formal diagnosis.

It is recommended that all first-degree relatives (siblings, children, parents) of anyone diagnosed with celiac disease be screened for celiac disease. This should be done whether or not they are aware of any symptoms. Second-degree relatives (aunts, uncles, cousins, nieces, and nephews) with symptoms should also be screened. At times, health care providers are not aware of the need to test family members. If you are diagnosed with celiac disease and family testing is not recommended, take the initiative and ask for your family to be tested.

4. It Will Help You Decide How Careful To Be

Will a shared cooking surface make you sick?

It only takes one speck of gluten to make a celiac patient sick. Shared cooking surfaces, fryers, and cutting boards are enough to cause illness. Whether celiac patients exhibit symptoms or not, the damage is happening if cross-contamination occurs.

People with celiac disease must pay close attention to this risk. We don’t know how careful non-celiac gluten sensitivity patients need to be. In my experience, most gluten-sensitive patients need not be as careful as celiac patients.

If FODMAP intolerance is the cause of NCGS, small amounts of gluten or wheat do not typically trigger a reaction. At times, cross-contamination does cause illness with NCGS, but in most cases, it does not.

Scientifically speaking, we don’t know what level of concern for cross-contamination is needed in NCGS. Still, at present, it appears not to be the small quantities that affect celiac patients.

This is significant, especially in the social arena. Situations such as dining out, parties, and college dormitory living would be approached differently.

Know your risk by getting a celiac disease test

What if you have celiac disease but are not aware of it? Perhaps you think you are “just gluten sensitive,” so you have a little here and there or are less careful about cross-contamination. Would these small amounts of gluten put you at risk for complications? If you have celiac disease, the answer is yes. Even if you do not have external symptoms from small amounts of gluten — some do not — the damage is happening, and the increased health risks are stacking up.

5. You Want To Save Money

Save money by getting a legitimate celiac disease test

Insurance is more likely to pay for valid celiac testing than scientifically unproven gluten sensitivity testing. Save your health and your money by knowing the difference.

If an online lab is promising to diagnose gluten sensitivity, the test it is offering is not recommended as valid or medically useful by celiac experts. It is also unlikely to be reimbursed by insurance.

Do the appropriate, valid celiac testing before starting a gluten-free diet and skip the “scientific-looking” lab websites offering unvalidated tests. If you have ruled out celiac disease, you can then eliminate gluten from your diet for free.

Save On Health Care

Health care is expensive. Wouldn’t you like to get more of it reimbursed? Insurance is more likely to pay for the portion of your health care related to celiac disease if you have a formal diagnosis.

Gluten-free food is expensive. I have seen many patients in my office on a gluten-free diet because someone told them to start it for whatever their particular ailment is. They haven’t noticed any changes in their health, yet they continue to follow the diet. Do they need to? If we rule out celiac disease, and they don’t have symptoms of gluten sensitivity, going back to a balanced gluten-containing whole food diet may be a huge help to their budget.

A Valid Diagnosis Is Needed For ADA Accommodations

Gluten Intolerance/Sensitivity Is Not Mentioned

There is currently no reference to gluten sensitivity being covered by the Americans with Disabilities Act. Unfortunately, NCGS may not be accommodated as widely as a celiac disease until there is a formal definition and accepted diagnostic test.

Test Children While You Can

If your child has no official diagnosis, it is less likely they will be eligible to receive accommodations. College may seem far away to those with babies and young children, but can you imagine any teen wanting to undertake a three-month “gluten challenge” to be tested for celiac disease? You can’t test for celiac disease if you have eliminated gluten before testing unless you do a gluten challenge. Most people will refuse to do a gluten-challenge if they know it makes them sick.

Most people who notice improved health on a gluten-free diet are unwilling to reintroduce gluten for celiac disease testing. They just get too sick.

Reintroduction of gluten is necessary to diagnose celiac disease. There is disagreement in how long gluten reintroduction needs to be for testing. It can be as long as three months. Tests are currently under investigation to allow for a shorter gluten challenge period. This may make a diagnosis of celiac disease after initiation of a gluten-free diet much more feasible.

I hope I have convinced you to get celiac disease testing before starting a gluten-free diet or putting your child on one. It is simple and inexpensive to do so. If you eliminate gluten before testing, an accurate diagnosis is difficult. In the long run, not testing may affect your pocketbook, your health, and your family’s health.

If you like this information and want more, you can:

Sign up for my email list/Blog Amy Burkhart MD, RD

Center for Celiac Research and Treatment at Massachusetts General Hospital