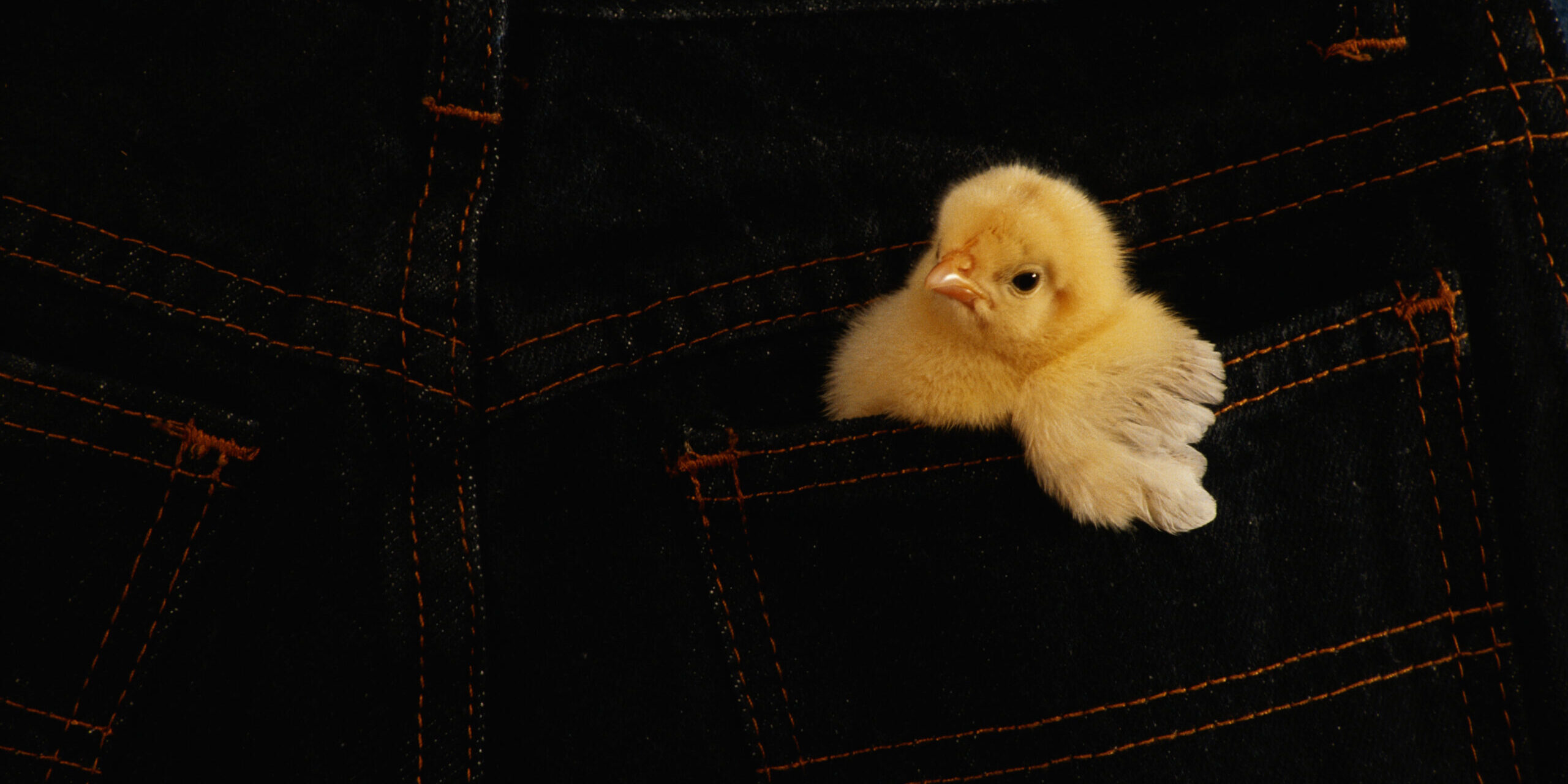 Does Gluten Cause Keratosis Pilaris (a.k.a. Chicken Skin)?

Chicken skin is a term commonly used for the skin condition keratosis pilaris. According to “Dr. Google,” this rash on the backs of arms, cheeks, and thighs is made worse by eating gluten. Can cutting gluten from the diet help? Is there truth to this claim, or is it another internet myth?

This rash is seen in up to 50% of the world’s population. These tiny bumps can be cosmetically unappealing but don’t cause other symptoms or harm. They can be emotionally distressing for some, especially at times of flare-ups.

My patients often ask me what causes these bumps? Is it a gluten rash? Are there other diet changes that help?  How can I get rid of it?.

Keratosis pilaris ( aka chicken skin rash or KP) occurs due to overproduction or build-up of keratin, a protective protein found on the skin. The bumps can be surrounded by redness, a sign of inflammation seen when they are looked at under a microscope.

Keratosis pilaris occurs more often in people with eczema or dry skin and worsens in cold or dry weather. It is associated with other inflammatory conditions such as allergies and asthma.

Kids And Adults Get It

Keratosis pilaris affects 50-80% of adolescents and up to 40% of adults. It may flare during puberty and decrease with age.

There is a strong genetic component so it often runs in families. Symptoms typically come and go throughout the year. Picking at the bumps will only make them more visible and increase scarring and discoloration.

Although it is known to have a genetic factor, scientists do not know the true cause of keratosis pilaris. It is seen more commonly in inflammatory conditions such as asthma and allergies.

It associated with dry skin, vitamin A and essential fatty acid deficiency. Flares and remissions may occur with hormonal changes such as pregnancy. 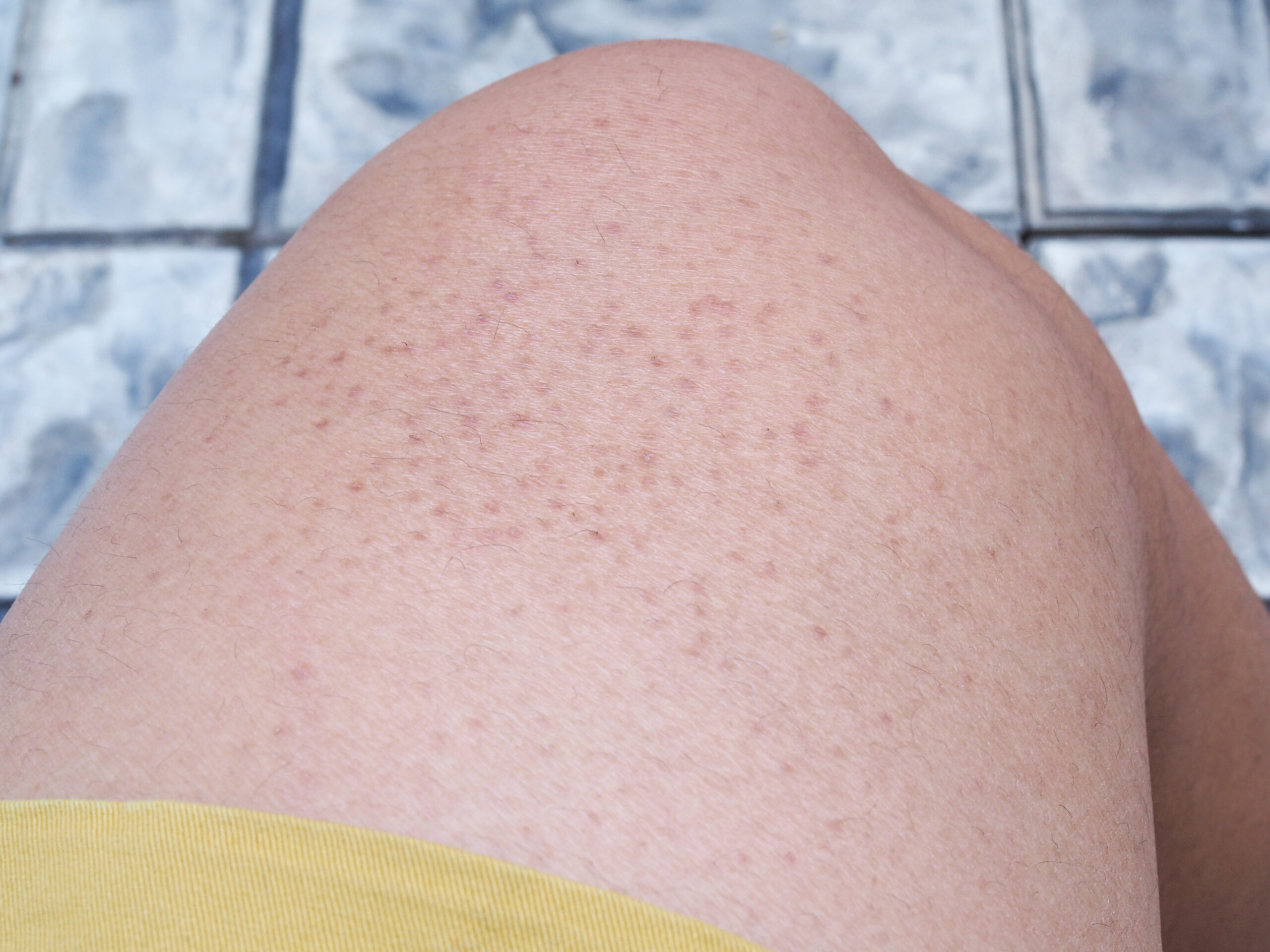 There are no studies indicating a direct correlation between gluten and keratosis pilaris ( chicken skin). However, it can be caused by vitamin A deficiency or essential fatty acid deficiency, both of which can occur with gastrointestinal absorption problems.

If you have celiac disease or gluten sensitivity you are at risk of poor absorption. In theory, this could increase your odds of having keratosis pilaris due to these nutrient deficiencies.

Related Article-Click Here: Rashes May Be Due To Histamine Intolerance

There are many people who do say their rash is affected by other diet changes but no studies to back up those claims. Some people say cutting out dairy or sugar has improved their rash. In general, consuming an anti-inflammatory diet may be of benefit and is not harmful but there are no studies to say an anti-inflammatory diet improves keratosis pilaris.

Hydration of the skin is an important part of treatment for keratosis pilaris. Mild cases can be treated with over-the-counter lubricating creams. There is a laundry list of dermatologic therapies such as alpha-hydroxy creams, retinoic acid therapies, and steroids. Dermatologists may prescribe personalized therapies that can be formulated.

Further specific medications are beyond the scope of this article but can be found here. For more severe cases, laser therapy and dermabrasion may be used.

The most common alternative treatment for a ” chicken skin rash ” are omega-3 fatty acids ( fish oil supplements). In addition to providing the essential fatty acids that may be lacking, these supplements also have a strong anti-inflammatory effect.

Dietary manipulations such as gluten-free or dairy-free, anti-inflammatory, sugar-free, Paleo, or various autoimmune diet protocols are often implemented. A variety of ‘gut healing’ regimens are also prescribed, but as with most therapies surrounding keratosis pilaris, there is no evidence to support or refute them.

Topical therapies may include coconut oil, olive oil or vitamin A capsules. Finally, exfoliants such as baking soda, oatmeal, or sugar or salt scrubs are sometimes helpful in reducing keratin build-up. Most people do not seek treatment for keratosis pilaris unless it is cosmetically significant, so home therapies are a popular approach.