SIBO Diet: Which Diet Is Best For SIBO? 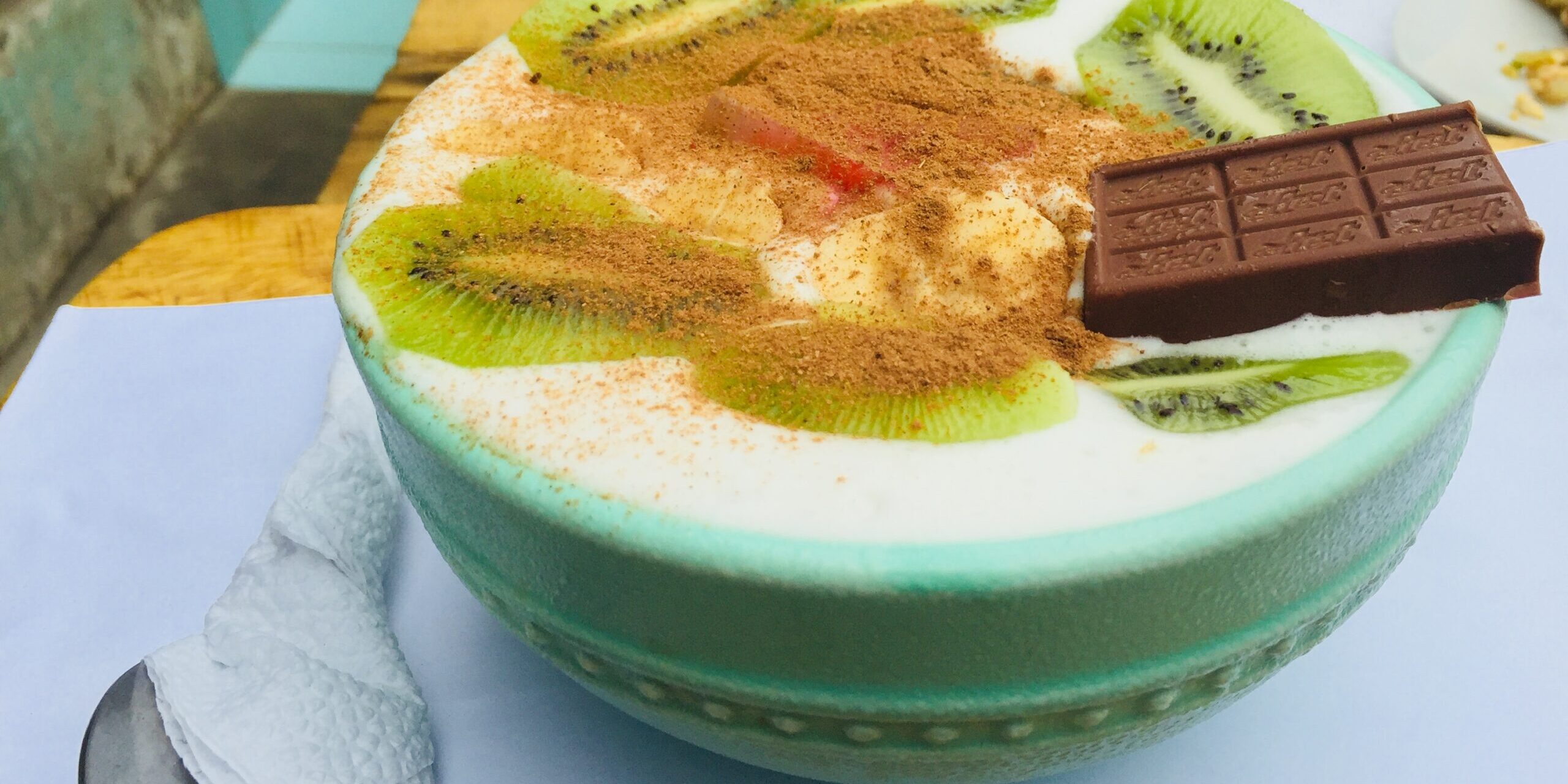 What Diet Is Best For SIBO?

Ask 10 people familiar with SIBO what a “ SIBO diet” is, and you get 10 different answers. SIBO is short for “small intestinal bacterial overgrowth,” a common cause of bloating, gas, and other digestive symptoms. The best diet for SIBO depends on who you ask.

All “SIBO diets” have the same goal; restore or maintain gut bacterial balance, so someone with SIBO feels better.

The word “diet” is often associated with weight loss. But SIBO diets are not weight loss plans; they are a part of SIBO management. They are meant to decrease symptoms in people who don’t feel well.

Let’s look at the diets used to manage SIBO, determine what the research says, and attempt to find which works best.

Small intestinal bacterial overgrowth (SIBO) occurs when too many gut bacteria are in the wrong place in the digestive tract.

We need gut bacteria to live. They are vital to maintaining health. But, they cause problems if they aren’t where they are supposed to be.

The most common symptom of SIBO is bloating. The action of the bacteria fermenting (aka digesting) the sugars/carbohydrates a person eats produce gas and results in bloating. Think of a jar of sauerkraut; fermented cabbage. When you first open the jar, air escapes and may even make a noise from the pressure build-up. A similar process happens in a person’s gut during SIBO.

Keep in mind that there could be other conditions that mimic SIBO symptoms or happen in combination with SIBO. Of note, as many as 78% of people with SIBO also have IBS. (1). Many people say SIBO is the cause of the majority of IBS cases of SIBO.

The decision on which is used is typically based on the health care provider and a person’s lifestyle, desire, and ability to follow a particular diet. Other medical conditions must also be considered. Most of the diet plans used are meant to be followed short-term, while some can be used indefinitely.

Probably the best-known dietary intervention for SIBO is the Low-FODMAP diet.

FODMAPs is a term used to describe a group of specific carbohydrates that can cause symptoms in people with IBS, SIBO, or both.

FODMAPs are found in everything from onions, apples, garlic, and wheat to beans and asparagus. Not everyone reacts to all FODMAPs to the same degree. Most of the research investigates the low-FODMAP diet and IBS, not SIBO. But remember, many people with IBS are thought to have SIBO. This is the rationale for using it in SIBO patients.

The Low-FODMAP diet has been shown to improve symptoms in 60-70% of people with IBS (3). Does that mean we can assume it helps SIBO? Many people think so, but in reality, there is little research yet using the Low FODMAP diet to help SIBO symptoms.

The decision to follow the low FODMAP diet for SIBO management is reasonable and helpful for many people in my clinical experience. However, it can be challenging, and working with a dietitian familiar with the low fodmap diet is recommended. This is a short-term diet that is followed by food reintroductions in a specific manner.

The Specific Carbohydrate Diet (SCD) was created over 100 years ago

for use in treating ulcerative colitis, Crohn’s disease, and celiac disease (4). But, it was made popular in the 1980s by Elaine Gottschall’s book “Breaking the Vicious Cycle.” The theory behind the SCD diet is that particular types of carbohydrates promote inflammation and increase the number of “bad” gut bacteria. This then causes nutrients and vitamins not to be absorbed. This sounds similar to the process seen in SIBO, hence the thought behind using it to treat SIBO..”

The SCD eliminates most carbohydrates to starve the displaced bacteria in the small intestine. The SCD diet excludes many foods, including rice, potatoes, quinoa, and legumes. It also removes processed meats and added sugars.

On the SCD, the recommended foods to eat are most fruits, vegetables, eggs, fermented dairy, and meats. There is a precise protocol to follow that does not allow for flexibility.

In a recent double-blinded study comparing the Low-FODMAP diet to the SCD diet in IBS patients, participants following the low-FODMAP had a greater reduction in symptoms (5). No studies are looking specifically at using the SCD diet for SIBO.

In my opinion, this diet is tough for people to follow, very restrictive, and time-consuming. Does it help some people in my experience? Yes, but I would not typically recommend it as a starting point. In addition, if it is used, it should be done under guidance to assure nutritional balance.

The low fermentation diet limits carbohydrates that are not well digested by humans and can be “leftovers” for the gut bacteria to eat.

The Cedars Sinai Diet / Low Fermentation Diet was developed by researcher and SIBO expert Dr. Mark Pimentel.  If they eat these “leftovers,” they produce gas and other symptoms. There is some overlap between the low-FODMAP diet and the low-fermentation diet.

Timing is also important in the low fermentation diet. Eating specific meals and limiting snacks are suggested to allow for “cleansing waves”  in the digestive system. These are described as “housecleaning” for the gut.  In reality, most, if not all of these diets are often used in conjunction with this type of meal-spacing> The low fermentation diet simply emphasizes the importance of meal spacing. This diet can be followed long-term and focuses on achieving some sense of normalcy while still limiting the odds of SIBO recurrence.

An elemental diet is the only diet listed here to treat SIBO; the others are used for long-term management.

It is also the only diet that has been specifically studied as a treatment for SIBO. An elemental diet is a premade liquid drink or powder that is mixed with water. The nutritional components of the formula are broken down already so that your body does not have to do any work. The mixture contains proteins in the form of amino acids and carbohydrates, fat, vitamins, and minerals that are broken down. Some products require you to add MCT oil to the mix. MCT is a form of fat that is already broken down and ready for absorption by the body.

The elemental diet formula is absorbed by the body so quickly that the gut bacteria don’t have time to eat it. Effectively it starves the bacteria to death. Clinical trials show an 80-84% success rate in getting rid of SIBO. The elemental diet is safe( under guidance), effective, and is well-tolerated.

With that success rate, which is great, why not do this with everyone? There are a few reasons; an elemental diet is not appropriate for some people nor desirable for most. It is a two-week, liquid-only, no solid food diet. Most people do not want to  “drink” their food for two weeks. It is also expensive, costing upwards of $1500 per treatment, and not typically covered by insurance.

This is not a specified diet plan but more of a long-term lifestyle change.

After SIBO treatment, the recommendations are to avoid or severely limit processed sugars such as cookies, cakes, candy, soda. Alcohol is also eliminated or drunk in minimal amounts. Complex carbohydrates are preferred over simple carbohydrates. The total amount of daily carbohydrate may be decreased compared to before treatment but not as severely as a Paleo or ketogenic diet. There are no specific research studies on this plan, but recent studies are looking at determining optimal diet diversity for SIBO management. This diet can be useful for someone who is not interested in following the other restrictive diets in hopes that it will limit SIBO recurrence. Unfortunately, it is not uncommon to have to do one of the other dietary interventions temporarily before liberalizing the diet to this plan.

The specific criteria of what “counts” as paleo varies.

The paleo diet is less well-defined than low-FODMAP or SCD diets.  In general, the paleo diet eliminates grains, dairy, and processed foods. It also limits sugars. There are no studies looking at the paleo diet as a SIBO intervention.  But, it does limit carbohydrate intake significantly and many patients with SIBO say they feel better on a paleo diet.

The guide for this diet has a color-coded guide of permitted foods.

The SIBO specific food guide diet was crafted by Dr. Allison Siebecker and combines the low FODMAP and SCD diets. Like a stoplight, green-coded foods are “legal,” whereas yellow-coded foods are to be eaten with caution in lower amounts. Red-coded foods are “illegal.” The guide gives recommended portion sizes for each food.  There are no studies on this diet being used to manage SIBO. It is, however, widely used and anecdotally improves symptoms. It is restrictive and not meant to be followed long term. I have also used it in a “partial” fashion with patients and seen improvement in symptoms. This means patients may follow the guidelines loosely, choosing foods primarily from the list but allowing for some deviation and increased normalcy.

This SIBO diet plan is another combination of both the low-FODMAP diet and the specific carbohydrate diet (SCD).

Dr. Nirala Jacobi created the SIBO Bi-Phasic diet plan. In this version of a SIBO diet, the patient moves through two phases: a more restrictive phase that eliminates all fermentable starches to starve the bacteria in the small intestine. This phase lasts for up to six weeks or until symptoms improve. The second phase includes a few starchy foods, such as lentils, to nurture the beneficial bacteria in the large intestine. It is recommended to avoid alcohol for both phases. There are no studies on this diet and its use in SIBO management.

SIBO is considered to be an underlying cause of histamine overproduction, hence the rationale for using this diet.

A low histamine diet may be used in SIBO management if someone is showing signs of histamine intolerance.

And while there has not been research investigating the low-histamine diet and SIBO, it is possible that the low histamine diet will help SIBO symptoms. By report, people are using it to do so. This diet may be used in a variety of ways from minimal to extensive restrictions. It is not meant to be used long-term. Histamine overload symptoms often improve after SIBO treatment and the diet can be expanded. This is an emerging area of interest.

The GAPS diet is a strict elimination diet aimed at decreasing gut permeability, otherwise known as a leaky gut.   It’s promoted as a natural treatment for people with conditions such as autism, ADHD, Dyslexia, and other neurologic or mental health disorders (8). No published research studies are using the GAPs diet for SIBO management. It does significantly reduce total carbohydrate intake, which may be why SIBO sufferers claim improvement.

No Diet- Antibiotics Only

If there are too many bacteria, why not just treat them with antibiotics? Why address diet at all?

Antibiotics alone are the treatment used by most traditional doctors. Unfortunately, with this option, SIBO often recurs.

Antibiotics (herbal or traditional) will temporarily help SIBO symptoms and are a cornerstone of treatment. But, SIBO relapse rates with antibiotics alone are high. There are several reasons this may happen, but they are beyond the scope of this article.

Because of this high recurrence rate, patients (and practitioners) seek out alternative therapies for SIBO.

So what is the verdict?