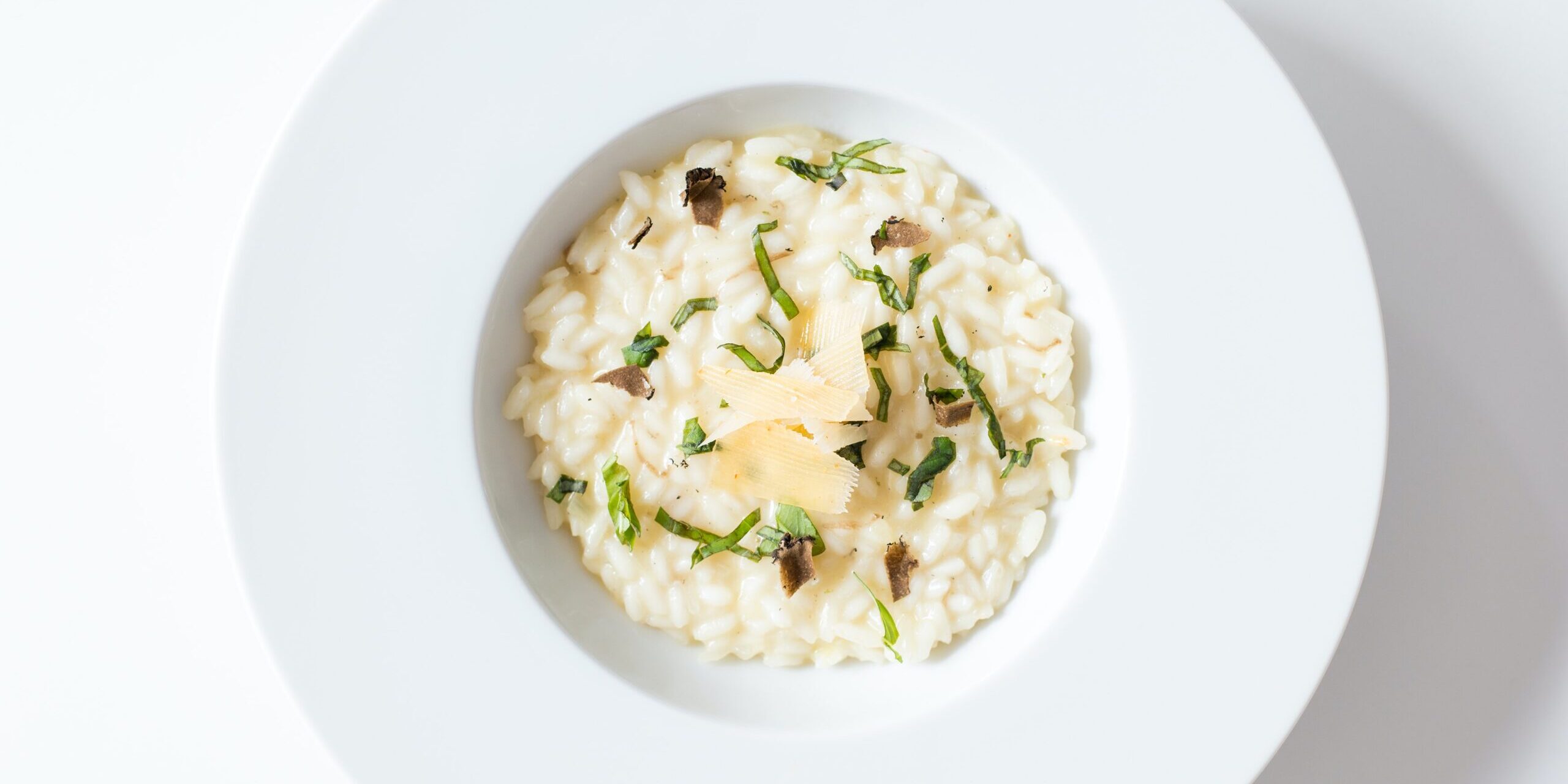 Should Gluten-Free Dieters Be Worried?

In the gluten-free community, we hear serious warnings about arsenic in rice. The topic can be complicated and confusing. I hope to simplify it and give you easy tools and guidelines to follow regarding rice consumption while on a gluten-free diet. I recently watched an excellent Consumer Reports video segment titled “Why Your Child Should Eat Less Rice” with my son. The clip was alarming to me and frightening to my son, who regularly consumes rice and rice-based products. Before I realized the effect it was having on him, his face erupted in fear at the information he was hearing: “dangerous,” “toxic,” “cancer” – worrisome words to anyone and terrifying to a child.  “I am never eating rice again!” he cried and stormed out of the room, unsure how to process the information.

I don’t recommend panic over this topic, or banning rice from our diets, but I do think it is important to know the basic facts about arsenic in rice and think about how to reduce our risk and our children’s risk. 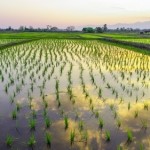 Due to the fact that rice is grown in flooded fields, it absorbs more arsenic from the environment than other crops. For anyone on a gluten-free diet, and especially for children, this is important. Rice and rice flour are among the most common ingredients in gluten-free products, often consumed multiple times a day.

Arsenic is a chemical element found naturally in our environment. It is present in water, soil, and air. Arsenic has two different forms: inorganic and organic. Both forms occur in nature and the nomenclature depends on what other metals the arsenic is bound to. In this context, “organic” does not refer to the absence of pesticides

This type is the most common and most toxic form of arsenic. Chronic exposure has been linked to an increased risk of cancer. Inorganic arsenic is bound to metals, as well as oxygen, chlorine, and sulfur. Rocks are a common source of inorganic arsenic.

Organic arsenic is used in pesticides and weed killers, and is typically not deemed as dangerous as the inorganic form, but may be poisonous to humans in high concentrations. Organic arsenic is not generally believed to be associated with an increased risk of cancer, but this is still a point of debate. Organic arsenic is bound to carbon and hydrogen.

Aside from poisoning unsuspecting victims in murder mysteries, arsenic is used in pesticides, fertilizers, semiconductors, and, until recently, as a preservative for wood in construction. Until manufacturers voluntarily withdrew some animal feed drugs containing arsenic from the market, and FDA withdrew its approval for three of the four drugs used in animal feed in 2013, chicken products contained worrisome levels of arsenic. Turkey may still contain arsenic while the FDA is studying the drug used in turkey feed. When used as a pesticide, arsenic can exist in the soil for many years after the crops are harvested. Much of the rice grown in the South Central USA, for example, is grown in former cotton fields, where farmers used arsenic-based pesticides to control boll weevils. 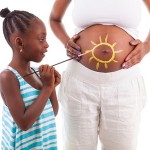 Arsenic levels in food and water are a concern for the general global population, particularly in countries where drinking water may be contaminated and where the diet is rice-based. In addition, infants and children are at higher risk due to their small size, and a Dartmouth study indicates that pregnant women should be concerned about fetal exposure to arsenic in rice. People who eat a lot of rice and rice-based products, typical of a gluten-free diet, are at higher risk as well.

– Long-Term, Low-Level Exposure  (e.g., dietary intake on a gluten-free diet)
The gastrointestinal tract, skin, and nervous system can be affected by chronic, low-level exposure to arsenic. Potential symptoms include nausea, stomach pain, diarrhea, and numbness of the hands and feet. Higher rates of skin, bladder, and lung cancer are reported with chronic exposure, as is an increase in heart disease. Skin changes and discolorations may appear on the hands and nails. (Similar nail bed lines can also occur with trauma and vitamin deficiencies.)

If you are concerned about whether you are consuming a high level of arsenic, you may want to ask your doctor about testing. Testing is not recommended for everyone on a gluten-free diet but should be used based on the overall clinical picture and symptoms.

– Arsenic 24-hour urine test: Preferred screening test. If this is elevated, it is necessary to differentiate between inorganic and organic. Inorganic is considered to be much more toxic.

– Rapid urine spot test:  This is not as accurate as the 24-hour urine test and does not differentiate between the two forms of arsenic.

– Blood test: May be used in conjunction with the 24-hour urine test to detect acute and recent exposure. It is also used to monitor levels.

The treatment for elevated levels of arsenic resulting from chronic, low-level exposure from food is to decrease arsenic intake in the diet. Typically, only acute high-level exposure is treated with binding agents and chelation.

What is the government doing about this? 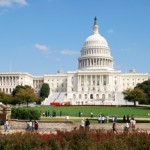 Reducing Arsenic in Your Diet

Arsenic is found in many different types of foods since it exists naturally in our environment. It is found in higher concentrations in the groundwater in areas that have used arsenic in industry, including in mining and metal production. Some foods such as rice, wine, and fruit juices can contain higher amounts of arsenic than other foods.

For example, apple juice has been found to have higher than average levels of arsenic. In a 2011 Consumer Reports study, 10% of 88 samples of apple juice tested contained more than 10 ppb arsenic (the level allowed for drinking water). In 2013, the FDA proposed a limit of 10 ppb for arsenic in apple juice, the first proposed federal standard for arsenic in a food product. Consumers Reports advocates further decreasing this level and limiting children’s consumption of apple juice.

Since arsenic is found naturally in the soil, organically grown foods may contain arsenic. To date, there is no information to indicate that organic foods contain less arsenic than their conventionally grown counterparts.  (However, I recommend organic products over conventional ones when possible, for other reasons.) 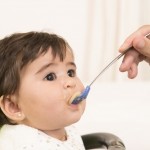 It is common in the USA to introduce rice cereal as a baby’s first food, and some infants eat up to two to three servings per day. Because infants are at higher risk for arsenic toxicity, simply because of their small size, this practice is being questioned. The FDA recommends that parents consider foods other than rice as an infant’s first solid food. Consumer Reports recommends that babies eat no more than one serving per day of rice cereal and that their diets include cereals made from other grains.

Rice Pasta, Rice Milk and Other Rice-Based Products for Children

Toddlers and children are also at risk of higher arsenic exposure. According to Consumer Reports, one serving of rice pasta or two cups of a rice drink can put a child over its recommended weekly maximum consumption of arsenic. Consumer Reports suggest that children not consume rice milk on a regular basis. The UK Food Standards Agency recommends that children under five not be given rice milk as a substitute for breast milk, infant formula or cow’s milk. It’s easy to imagine the increased risk for children on a gluten-free diet, who are also consuming rice-based bread, cookies, pancakes, cake, muffins, crackers and other products.

Brown rice contains 30-80% more arsenic compared to white rice. During growth, arsenic concentrates in the outside part (bran/germ) of the rice kernel. These parts are removed when brown rice is processed into white rice. The health benefits of consuming brown rice, such as increased fiber and vitamins, should be taken into consideration when choosing whether to consume brown or white rice. According to rice testing results by the FDA and Consumer Reports, choosing brown basmati will minimize arsenic if you prefer brown rice.

What Types Of Rice Should You Eat? 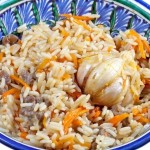 The arsenic content of rice varies greatly depending on the type of rice, where it is grown and other factors. The FDA cautions against making state-to-state or country-to-country comparisons using its testing results, but patterns that emerge may still be helpful at the grocery store. Consumer Reports conducted arsenic testing on rice and offered these conclusions:

• “White basmati rice from California, India, and Pakistan, and sushi rice from the U.S. on average has half of the inorganic-arsenic amount of most other types of rice.”

• “For brown rice, brown basmati from California, India, or Pakistan is the best choice; it has about a third less inorganic arsenic than other brown rices.”

• “All types of rice (except sushi and quick cooking) with a label indicating that it’s from Arkansas, Louisiana, or Texas or just from the U.S. had the highest levels of inorganic arsenic in our tests.”

Ten Tips for Decreasing Arsenic Exposure in a Gluten-Free Diet

1. Rinse your rice prior to cooking: This appears to lower arsenic content 25-30% since arsenic is water soluble.

2. Alternate grains:  Rotate the rice in your diet with alternatives such as quinoa, amaranth, corn, buckwheat and millet.

3. For infants: Introduce fruits or vegetables as a first food, instead of rice cereal. Pureed peas, bananas or squash are a great choice. Limit regular intake of rice. Choose a rice-free infant formula if you are not breastfeeding, and avoid giving rice milk as an alternative to dairy.

4. Rotate or replace baked goods and snacks that have rice or rice flour as a primary ingredient: For example, instead of rice crackers, use carrots, zucchini, cucumbers or peppers, combined with hummus or a yogurt dip for a healthy snack, or choose rice-free crackers.

5. Dairy-free milks:  Choose milk alternatives made from ingredients other than rice, such as hemp, nut, oat or coconut.

6. Limit apple and grape juice:  If you drink apple juice or grape juice, limit the portion size to 4 oz.

7. Find a substitute for brown rice syrup:  Brown rice syrup may be a hidden source of arsenic. If you are using it as a sweetener, instead choose organic cane sugar, maple syrup, honey or stevia.

8. Check your local water supply:  If it contains arsenic, consider a water filtering system for your drinking water.

9. Cook rice with large volumes of water, then drain it off:  This can reduce arsenic by up to 50%, but unfortunately will also eliminate valuable nutrients that are water soluble, such as B vitamins. Compensate for the reduction in nutrients by making sure you are getting a well-balanced diet elsewhere.

10. Choose rice that is lowest in arsenic (see above recommendations from Consumer Reports)

How Much Is Safe? 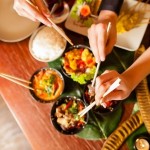 Long-term studies about the health impact of chronic low doses of arsenic are just beginning. Given the lack of data on acceptable levels of arsenic in food and potential long-term effects, there are no widely agreed-upon recommendations for “safe” amounts or overall intake quantity.  It is challenging to completely avoid rice on a gluten-free diet and not necessary to do so. However, I do recommend limiting rice intake for everyone on a gluten-free diet, especially children. Use the tips above to get started today.

With additional research and progress in regulation, this issue will become easier to understand and navigate. In the meantime, parents, pregnant women and people on a rice-based or gluten-free diet should keep a vigilant eye on evolving information surrounding arsenic in our food supply. Understanding the realities regarding arsenic in your diet will allow you to make more informed decisions for yourself and your family. 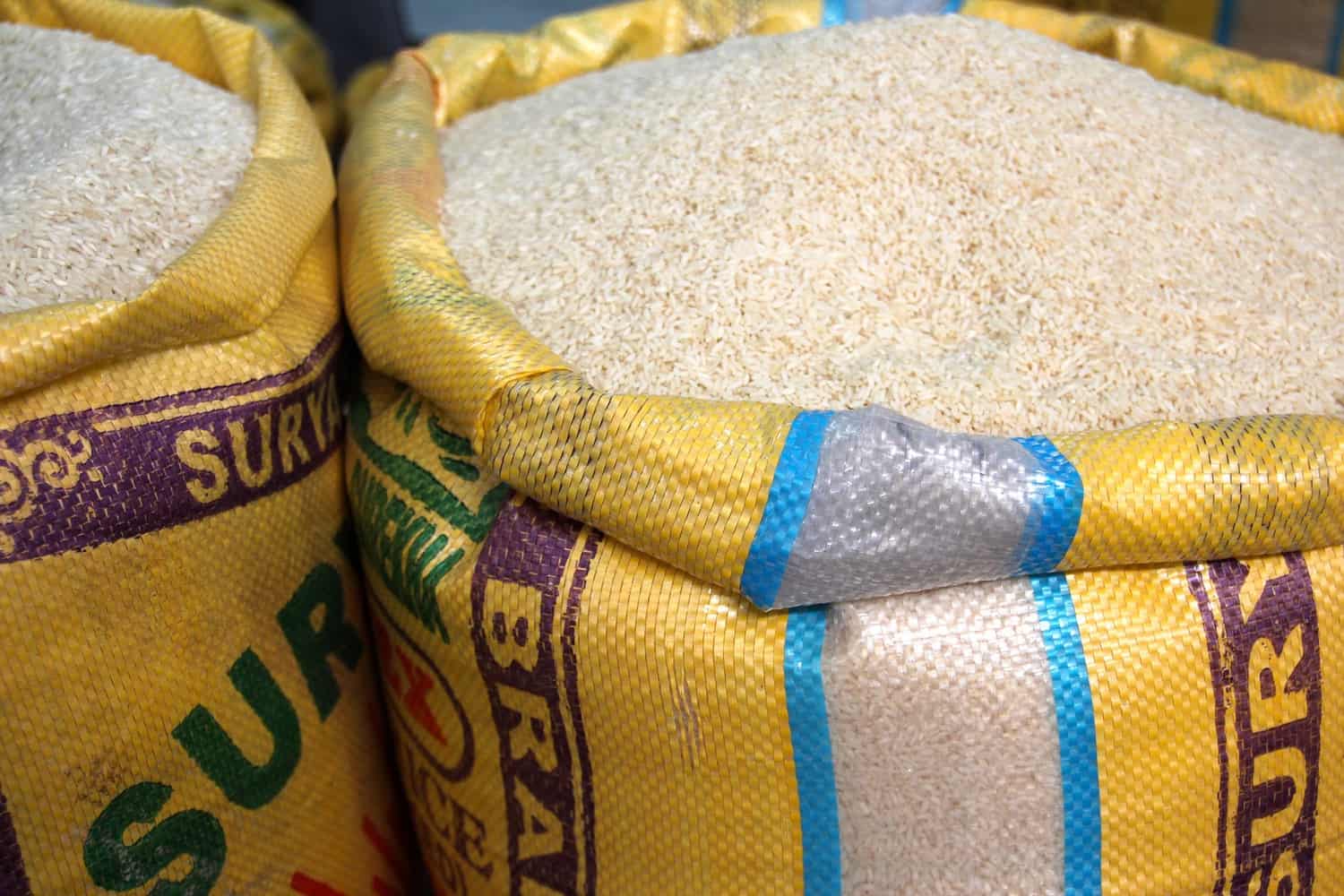