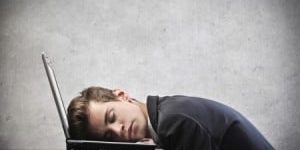 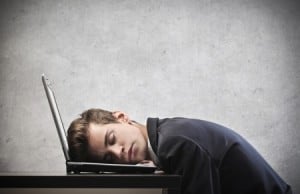 Adeline was so tired that at the age of 12 she couldn’t find the energy to run around a baseball field during PE. The fatigue was affecting her concentration, grades, and life. Getting to school was a struggle, and making it through, nearly impossible. Jace, 17, was experiencing dizziness and palpitations when he stood for any prolonged period of time.  His legs ached when he stood. Taking a shower made his pain worse. Standing in line for anything was intolerable; his legs turned a purplish color and he became exhausted until he could sit down.  Claire, 35, had headaches that weren’t responding to multiple treatments, and hot weather made them worse. Ruby, 37, suffered from persistent brain fog.  Her blood pressure often “ran low” and her doctor told her this was “healthy.” She felt awful. Despite the wide range in ages and symptoms, these patients of mine* are connected by one explanation.

I see people in my office daily with unusual symptoms. After a time, certain patterns emerge. Something I have seen repeatedly now, but with little data in the literature to support it is a connection between POTS (Postural Orthostatic Tachycardia Syndrome) and celiac disease or other gluten-related disorders. All of the patients I described either had documented celiac disease or reported gluten sensitivity. They were already on gluten-free diets while symptomatic and were all eventually diagnosed with POTS.

POTS is a challenging syndrome for both patients and clinicians. There are now treatment centers at several major universities (see list below) dedicated to treating POTS and related autonomic (nervous system) disorders. There is discussion amongst POTS experts that POTS may be a common endpoint for a variety of illnesses and may explain many cases of chronic fatigue syndrome. I am not suggesting that celiac disease and gluten are the cause of all cases of POTS, merely one of a number of possible reasons for it to occur. A recent research paper does discuss the possibility of POTS being autoimmune in nature. If that is the case, it may be more common in patients with celiac disease, which is also an autoimmune disease.

A bit of a disclaimer before delving into this topic more deeply: I am not a research physician. I am a clinician and the possibility of a relationship is based on my clinical experience.  But research and connections begin with ideas and observations. Perhaps this article will spark someone’s interest to investigate this connection further. 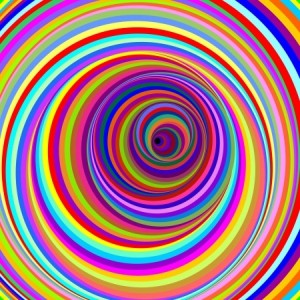 POTS stands for Postural Orthostatic Tachycardia Syndrome. It occurs when there is dysfunction with the autonomic nervous system. This system controls all of the things that happen “automatically” in our body, like blood pressure, heart rate and breathing. POTS is the most common form of what are known as autonomic disorders. Symptoms of POTS usually occur or worsen in the upright or standing position. We spend most of our lives upright, so you see how this entity can significantly impact someone’s life. Blood pressure can be low or high (more often low). Heart rate abnormalities are frequent, but may not be noticed by the patient. Symptoms may be mild, such as lightheadedness or fatigue, or so severe as to cause someone to lose consciousness. Symptoms often improve with hydration, age, and pregnancy. Women with POTS often say “pregnancy was the best I ever felt.”This may be due to the increase in blood volume that occurs in pregnancy; i.e. “the tank is more full.”

People with POTS are commonly misdiagnosed with other conditions, such as chronic fatigue syndrome, fibromyalgia, anxiety or ADD. They appear outwardly normal and healthy and can experience years of frustration from medical professionals who attribute their symptoms to various maladies or psychological issues. 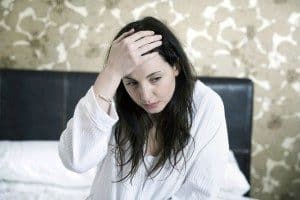 People with POTS may experience one or many of the following symptoms: a fast heart rate while standing, lightheadedness, palpitations, fatigue, brain fog, weakness, headache, anxiety, shortness of breath, nausea, digestive symptoms- such as constipation or gastroparesis, balance problems, muscle pain, cold hands and feet, exercise intolerance, pelvic congestion syndrome, and discoloration or mottling of legs with standing. Symptoms typically come and go; people with POTS have good and bad days. Symptoms occur after prolonged periods of standing or sitting, are worse in warm environments and after eating. They are triggered by dehydration, stress, and exercise.

Cause of POTS/Associated Medical Conditions

It is estimated that about 50% of people diagnosed with POTS have hypermobile joints. There may be a connection with Ehler’s Danlos Syndrome and POTS. It is common for POTS to run in families and there is most likely a genetic component. Many people describe the onset of symptoms after a viral illness (mononucleosis is a common trigger), pregnancy or trauma. Most of the time, however, cause the cause is unknown.

A diagnosis is made when symptoms occur in conjunction with an increase in heart rate of 30 beats per minute after standing upright for 10 minutes or if the heart rate increases to 120 beats/while standing. Tilt table tests are often done but not at all POTS centers. Other possible medical conditions such as dehydration, thyroid disease and adrenal insufficiency must be ruled out before the diagnosis of POTS is made. 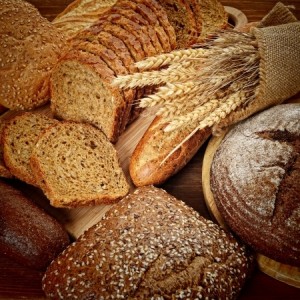 A paper in 2005 evaluated a connection between documented celiac disease and autonomic dysfunction. The study was very small, so more research is needed to establish a connection between these two conditions. In the study, 2.4% of the patients with autonomic dysfunction had biopsy-proven celiac disease, more than double the rate of celiac disease in the general population. Thus, should celiac disease be considered if someone is diagnosed with POTS? A more recent paper in 2014 (1) showed 56% of celiac patients had some abnormality in their autonomic nervous system. Will removing gluten from the diet improve the symptoms of POTS?  In my patients, it improved symptoms, but not completely. Are there cases where it might eliminate POTS symptoms completely? Can gluten directly cause symptoms of POTS? Does the altered microbiome in celiac disease create symptoms consistent with POTS? If so, could probiotics be of assistance in POTS? Could other food sensitivities, commonly seen with celiac disease, play a role? If future research answers questions such as these, the result could impact many patients.

Following are lifestyle and dietary modifications that can be useful for treating POTS. Prescription medications may be needed in addition to lifestyle changes, but their implementation is beyond the scope of this article.

7. Use pressure garments, such as support hose

8. Assure adequate, regular sleep. Elevate the head of the bed while sleeping.

9. Avoid stressful situations as much as possible 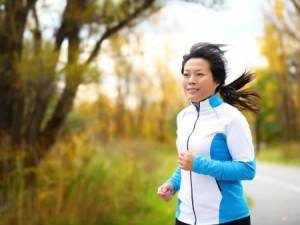 Exercise is the cornerstone to long-term improvement. Often at the beginning of treatment patients go to physical therapy to improve tolerance of exercise. At the beginning, only 1-2 minutes of exercise may be tolerated. It is important to use lifestyle modifications and if necessary supplements or medications to bridge the treatment so that exercise tolerance can increase. The goal is to gradually increase exercise and decrease medication. Long term, exercise helps maintain vascular tone and minimize symptoms. It often allows discontinuation or minimization of medication.

1. Sit in lower chair or with knees in a knee-chest position

2. Squat rather than stand if possible

3. Stand with legs crossed and contract muscles while standing

4. Bend forward when possible, for example on a shopping cart if shopping

Certain conditions such as asthma, food intolerances, pain, pelvic congestion, anxiety, migraines, and infections can worsen symptoms of POTS. They should be addressed immediately if they occur. 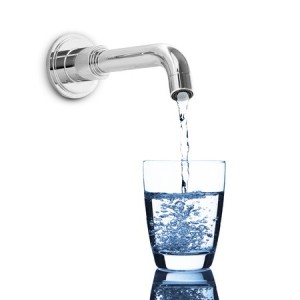 Diet cannot be ignored in the treatment of POTS. Proper hydration is at the forefront of treatment and 2 liters of water is recommended daily. Adequate salt intake is important and 3-5 grams/day is suggested if someone suffers from POTS. Often salt tablets are used to increase salt intake and help maintain fluid status. Small frequent meals minimize symptoms that may occur after eating. Removing dairy from the diet may be helpful. Decreasing total daily carbohydrate intake is often helpful (Mathias, CJ Other Autonomic Disorders, National Dysautonomia Patient Conference May 2000). Caffeine may be helpful to some POTS patients and worsen symptoms in others. The link between gluten and POTs has not been adequately studied to make recommendations but I hope future studies will evaluate the connection further.  I have also anecdotally seen improvement with POTS with the removal of other food items such as eggs and yeast but these are on an individual basis, and can only be determined with an elimination diet. Further research into the effect of particular foods would be interesting as would the effect of manipulation of the microbiome with probiotics.

Many medications are used in the treatment of POTS and include those that increase blood volume, are stimulants or improve vasoconstriction. The specifics of the medications and their use are beyond the scope of this article. For more detailed information on medications, click the link.

Several supplements have been used as adjunctive treatment to lifestyle modifications. These should only be used under the guidance of your treating physician. They may include butcher’s broom, magnesium, licorice root, magnesium, potassium magnesium, carnitine and Co-Q10 and adrenal supplements.

Because stress exacerbates symptoms of POTS, the use of a daily relaxation technique is beneficial. Possibilities include meditation, journaling, yoga, tai chi, and breathing or muscle relaxation exercises.

What became of the “Gluten-free POTS Patients?”

The first step with POTS is getting the diagnosis. After patients understand what they need to do, they can begin to approach it strategically and get better. Regarding my patients above, Adeline is now participating actively in PE and exercising daily to help her symptoms. She still cannot 100% physically keep up with her peers, but she is closer than she has ever been. Her concentration and focus have greatly improved and her mood is drastically better. Jace is able to stand now for longer periods of time and is back to playing soccer. His legs no longer ache in the shower and his mood is markedly better, as is his overall outlook on life. Clare rarely has headaches any longer, and if she does, there is usually a clear trigger. Simply knowing what she is dealing with has helped greatly with her overall situation. She can now manage and modify lifestyle changes as needed to control her symptoms. Rudi is doing better; she still struggles with ongoing symptoms, but medications have helped alleviate many symptoms.  Her situation is still a work in progress.

You may have never heard of POTS before today, but perhaps you know someone who struggles with some of the described symptoms and is searching for answers. POTS might be a possibility and this information may be life-changing for them. I hope this article will contribute some momentum to further research on a possible link between POTS and gluten-related disorders.

* All names in this article have been changed for privacy

Research on POTS and Celiac Disease

1. Disturbances of autonomic nervous system activity and diminished response to stress in patients with celiac disease (2014)