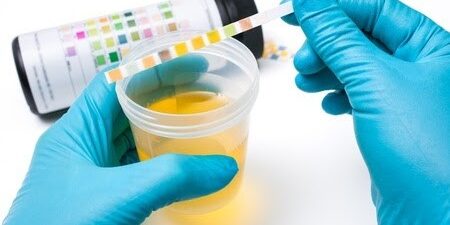 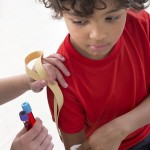 The tests currently used to diagnose and monitor celiac disease are antibody blood tests. You must be consuming gluten for the body to react and produce the antibodies. These antibodies are not reliably elevated when exposed to small amounts of gluten.  For example, if you go to a restaurant and are exposed to enough gluten to cause symptoms, the antibody test results may not go up. They aren’t always sensitive and accurate in response to small amounts of gluten. Having a test to accurately measure whether or not you have just been exposed to gluten can be helpful for many reasons. 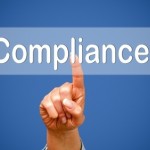 It is often difficult to assess compliance with a gluten-free diet. Persistent gluten exposure is usually unintentional. Exposure may occur no matter how careful a patient is, due to cross-contamination or simple lack of knowledge regarding the diet. If a patient is experiencing ongoing symptoms with celiac disease or non-celiac gluten sensitivity and is unaware that they are inadvertently ingesting gluten, a test such as this may prevent a potentially invasive and extensive medical evaluation to evaluate the cause of the ongoing symptoms.

Gluten exposure can mimic other conditions 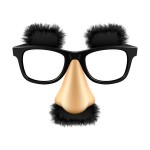 Getting “contaminated” with gluten feels different for every person. The symptoms are varied and may mimic many other conditions, such as migraines, the flu or a gastrointestinal infection. The list of symptoms is extensive. Allowing easy assessment of gluten exposure might allow a person to know they are not contagious and might avoid unnecessary trips to the doctor or taking unneeded medications.

Unnecessary avoidance of products or restaurants 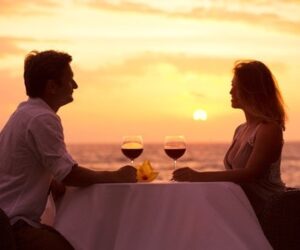 Anyone with celiac disease or severe gluten sensitivity knows the risks of dining out. Restaurants are fraught with the potential for cross-contamination. But dining out is socially important and should not be avoided simply because of gluten-related issues, as long as it is undertaken carefully.

As I mentioned prior, the symptoms of gluten exposure can mimic many other health conditions. It would be nice to know if your favorite restaurant does not need to be avoided in the future because the migraine you had after dining out was because you were up too late, not the result of cross-contamination.

The same can be said of new or packaged food products. If you happen to get a symptom the day after trying a new product, you want to know if it gluten was inadvertently in the product. The symptom may simply be a coincidence or a reaction to something other than gluten. If you could measure the absence of gluten, you eliminate one possible cause. Gluten is not always the culprit.

It is important to note that the research subjects for the urine test had celiac disease. Patients with Non-celiac gluten sensitivity (NCGS)  were not included in the research. However, given that the test is evaluating gluten itself, it should detect gluten in anyone, including those with NCGS. (The study included people without celiac disease as controls and did detect gluten). Note: It will not evaluate the presence of FODMAPS if that is the cause of the NCGS.

The peptides that indicated gluten exposure were present within four to six hours of exposure and persisted for one to two days after a single gluten exposure of 50mg. In the celiac patients participating in the research, over 50% had the peptide detected in their urine. This is an alarming statistic and will need to be evaluated further!  As additional confirmation, the positive peptide results correlated with the degree of mucosal atrophy in the patients.

Gluten Detective is the product available to test for gluten exposure at home. If you have celiac disease, the stool testing kit must be used as the urine test is not sensitive enough for the amount of gluten that can cause problems for a person with celiac disease. Information on purchasing, pricing and testing methods etc. is available on their website via the link.