A Doctor’s Celiac Diagnosis Affects Many 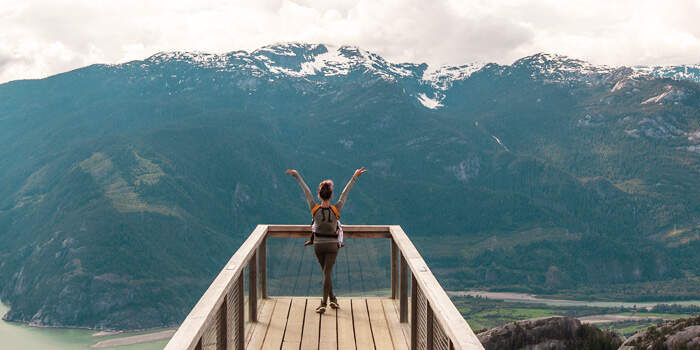 The effect on future generations

My story is a testament to the sneakiness of celiac disease.  It highlights a diagnosis that can evade even those entrusted with its discovery. It is a perfect example of how multiple generations can be impacted by one person’s diagnosis.  Even though I am a physician and a registered dietitian, my journey to diagnosis was dramatic, prolonged, and left me approaching death.  I remained ill and undiagnosed for over 10 years all while training at top medical institutions. My colleagues and I had no explanation for my symptoms.  Arriving at a diagnosis should have been simple.  But, no one, including myself, had celiac disease on their radar. Celiac disease awareness is vital to ensuring others don’t follow the same prolonged path to diagnosis. Research and education of the public and health care providers are the first steps.

Early symptoms can be vague

I don’t recall being ill as a child. I do remember being a skinny, short girl. These are two of the many symptoms of celiac disease. By the time I started college at U.C. Berkeley to study clinical nutrition, my health was declining. Every health care provider at the time attributed my fatigue and vague symptoms to the rigors of college. I kept telling them I didn’t feel stressed. They kept saying I didn’t “look” sick.

In medical school, I was so tired I frequently had to lie down while working in the hospital. Thank goodness for hospital sleep rooms! I had terrible fatigue, menstrual cramps, iron deficiency anemia, migraines, hair loss, and weight loss. At one point I was even called urgently to the student health center for a low blood count.  They attributed it to being a vegetarian and never looked further. All symptoms were again blamed on the stress of being a medical student. I didn’t feel stressed about anything except my unusual symptoms!

Unfortunately, I remained undiagnosed for years longer. Symptoms continued through my residency training at Highland Hospital/U.C. San Francisco. In retrospect, I have no idea how I made it through.

I moved to Hawaii to work as an emergency room doctor. Within a year of my arrival, I was in the emergency room as a patient instead of the doctor. I had been getting progressively sicker, but my symptoms were once again attributed to stress. I had no children, worked part-time and lived on the beach in Hawaii. I hardly felt stressed! But one day, I landed in the ER with sudden onset dizziness and stroke-like symptoms.

I was given multiple diagnoses, none of them correct. One specialist erroneously diagnosed me with multiple sclerosis, another with Lyme disease, which led to months of unnecessary antibiotics. The pressure in my brain was elevated and my blood pressure too low to even stand up.  I was put on medications. The drugs made me worse. I went on disability because I was too ill to do anything, let alone work.  I continued to get worse.

My colleagues were baffled, and while supportive, they had no answers. I began to see alternative practitioners and order tests on myself. One of the panels I ordered on myself happened to include celiac testing. When the celiac tests came back positive, I was confused. I thought it had to be diagnosed in childhood. I had a lot to learn.

I carried the results to my doctor and requested she run a celiac blood test. When the results came back, my numbers were so high they exceeded the lab’s scale. A gastroenterologist confirmed the diagnosis with a biopsy. Mine was the first case of celiac disease my primary care doctor had ever seen or at least the first she had diagnosed. I was the subject of grand rounds (physician education) the following month because I was “the interesting case”. That was nothing I ever aspired to be.  But, I was thankful my diagnostic odyssey would help educate other doctors. Since that time, it has become my focus to continue to educate the public and physicians on the topics of celiac disease and gluten/wheat-related disorders.

The effect of my diagnosis on future generations

After many months on a gluten-free diet, I became healthy for the first time in my life. It wasn’t a quick fix as many assume, but over time and with focus on my health, I got well.

My diagnosis has positively affected my life, my family’s life, and that of multiple generations to come.

If any of these symptoms sound familiar or you are searching for answers to your health problems, consider celiac disease. It is present in 1/100 people. That is common. Eighty percent of people with celiac disease are not diagnosed. Don’t be one of them. Get tested. Don’t stop eating gluten before you do as the test won’t be accurate. Your diagnosis may help generations to come.